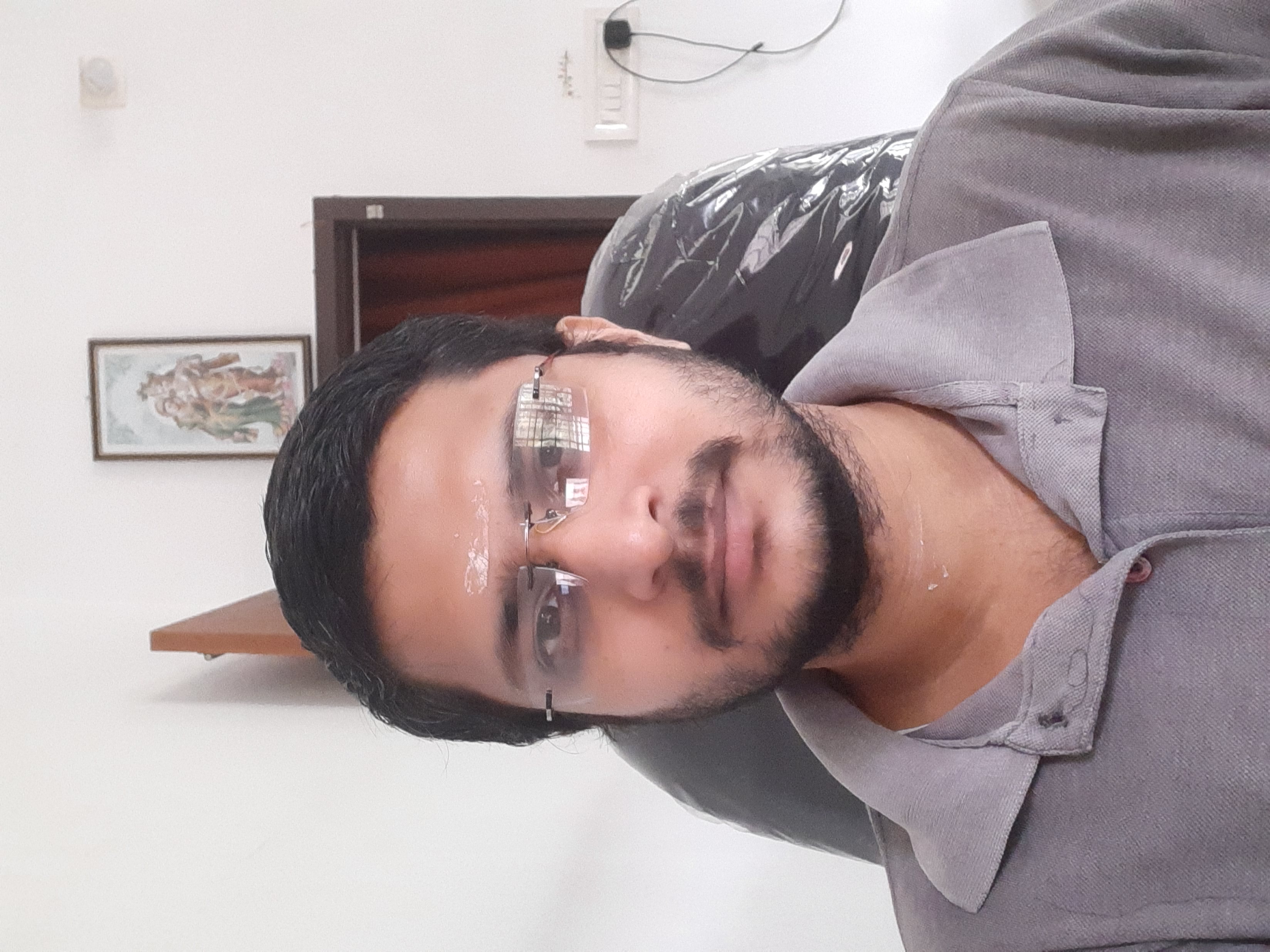 Every day, every moment I feel like giving up, yet I don't know what stops me. It is so dark in here that I have lost track of time. I still remember when I gained my senses. I was tied up in this sack and could not move my feet. My knee was touching my chest. My hands were free but there were no clothes on me. I felt suffocated and did not understand what happened. I looked around and it was complete darkness. I was clutched by these chains around my stomach. As time passed, the only thing that kept me awake was hope, hope that one day I will be free, and I will see the one person who did this to me.

In the initial days It was pin drop silence, and I could not hear anything except myself. The size of the sack made it impossible for me to move. Every day the only access to normalcy was when I was served food. They never missed to serve me food on time. I realized that whoever has held me captive here did not want me to die. But what about freedom? If you have been lonely, you understand what I am saying. The feeling of no access to the world, the silence that kills you, no sunlight and every moment that passes like an hour. Who could do this to me? I never hurt anyone or did anything bad to deserve this. God bring an end to my misery. Days passed and then weeks and then months. The cycle continued. The only time I could gain access to the outside world is when they served me food. I wanted to ask them, but I could not see the person who delivered it.

As time passed, I made myself stronger, I wanted to get out of this. The sack was so opaque that I could not tell where I was. Was I in a jail, a room, or some ship? I could occasionally feel the movement of water and the sack moving to and fro. Maybe I was on a ship and being moved to some remote place. Where was I going? If only I could cut through this sack. My nails were growing, suddenly I thought I could use them to try and tear off the sack. I shouted, "Hello! Can anybody hear me? Please get me out. I am Parth, what have I done? Where am I? I kept asking but I could hear nothing except myself. Out in frustration I touched my hair, but I was shocked to find that I had none, they had shaved off my hair. I thought of my family, I wanted to see my mother. How would she feel? Will I ever be able to see her?

The routine continued, and I was losing patience now. I wanted to be free. I gathered all the strength in my hands and tore the sack apart using my nails. Finally, I was free! or at least that is what I thought initially. What I saw seemed like a nightmare. I was not free I was trapped in another sack a bigger one! I could see some light, it seemed like a lot of red lights were lit up outside. The sack was translucent but was stronger than the previous one. I tried tearing it, kicking on it but to no avail. I had to think of something else. Even though I could not see the view outside I could still hear the gush of water and the ship moved to and fro. During the night, the red lights would be switched off and I would be thrown into complete darkness. I tried to sleep but the ship moved sometimes to the left and sometimes to the right. I would dash against the walls of the sack but did not hit any wall. The timely provision of food continued. The chains around my stomach made sure I could not run away. I tried to pull them, but it was stronger than I expected. All I could do was wait.

A few more weeks passed, but no one could hear me. I kept shouting but there was no answer. The ship continued to move, and it felt that I would not be unloaded anywhere sooner. I had no bath for weeks now, my skin turned reddish, there were wrinkles on my skin and my hair had grown. My nails were growing, the sound of water continued. The food was on time. Since I was tied up in this place and was consuming food without any physical work, I had put on some weight. I tried to break the shackles and the sack in which I was contained. I kicked and could not bear the claustrophobia. I decided that this is IT, I need to be free now. I started moving about and tried with full force to make myself free. I could feel that the boat was moving quickly now. I could hear sounds, a group of people talking and discussing something. Someone was crying in pain. Were there others who were trapped like me? what is going on? I cried for help but could not get a response.

Suddenly the sack started moving as if something on top of it was pushing it down. I tried to push harder in a hope that I could get out. My heart started racing and I could feel the desperation in me. The push from the top was coming in equal intervals now. Slowly but steadily the sack started to move. Finally, like a miracle I could see light. Was this the moment I had been waiting for? I pushed myself out, feet first and tried to find land to step on. But to my shock something caught my leg. I was in utter fear but could not see anything since the excessive light had blinded me. I tried to free my feet, but something more powerful than me had caught hold of it. The mysterious thing pulled me; I did not try to resist I wanted to be free. Finally, I was out, it took some time to open my eyes. I don't know for how long I had been there without light. To my horror I was held by a monster with protruding eyes staring right at me. The monster had eyes but no mouth or teeth, it seemed they were covered. He held me and made a roar, "IT'S A BOY".

Epilogue and Apology:
Like every other sane human, I understand that the birth of a new life is one of the most beautiful things in this world. Even though we as mature humans think that we are taking amazing care of the baby we don't know how the new life which is unaware of the world feels about it. I apologise in case anyone feels that the above interpretation is hurtful. My intension was to put forth one possible was an ignorant new-born would investigate the process of its entry to the world. No Offense meant.

Confidentiality note: This email message, including any attachment(s), are for the sole use of the intended recipient(s) and may contain confidential and/or privileged information. Any unauthorized use, review, disclosure, or distribution is prohibited. If you are not the intended recipient, please notify sender immediately by return email, then destroy the original and all copies of this message. Attachments area