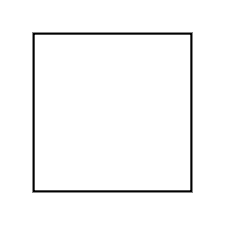 Death Note to My Valentine

If I were flying high,
You always heaved a sigh.
I was always glad,
Thought you were well-clad.
I was hardly twenty-two,
My dad was pretty anxious too.
Mom was sure it had to be you,
We were friends, so nothing new.
The day you took my hand in yours,
And slid that dainty diamond ring,
I took off on a zillion tours-
Monaco and the lakes of Wyoming.
On nights we met over wine,
You said my cheeks blushed pink,
When you said 'you are mine',
And poured me another drink.
We shed our layers with every sip,
More bare and raw as we lost grip,
Fears, rejections, phobias and hurt,
How many sips before I stained my shirt?
The last layer that I shed before you,
Of the deepest fear I faced as a child-
I felt it could change your view,
That it could make me cry so wild.
Silence ensued as I wiped a tear,
What crept my mind was fear,
Of losing what my heart craved for,
I wouldn't cry if I lost you, I swore.
'Wine is a cleanser', I muttered,
Rubbed my shirt off the steak sauce stain.
My mind was so cluttered,
When you spoke again.
'You went into detention,
Devoid of pretension,
I'd crush under half the weight,
But you didn't settle for fate'.
'My hands were bloody,
Of the hurt I inflicted,
The waters were muddy,
No wonder I was convicted'.
'Your childhood was what you lost,
All you did was leave scars.
"How do you know I scarred him, Frost"?
The eerie silence, deepening scars.
The air around turned familiar,
I pulled back your collar,
There, sat a decade-old scar,
A sight I wish I could unsee.
Silence ensued as I wiped a tear,
What crept my mind was anger,
For sharing the air with a mess,
It had to be your death, nothing less.

Rise and shine, it's a sunny day

It's what they say come April n’ May

Its holidays for little Drey

And come what may he’ll always play.

His sleepy eyes could barely say

But sure it was no usual day

His Mom was running all the way

She rarely keeps her chores at bay

And the sun has not yet thrown his ray.

My Wheels are out and I will play

Come what may, said little Drey

Birds in blanket up sky say

A Bolt had flashed and thunder struck

A drab brown day had left him stuck

Mama warned him, stay inside

Mama’s looks though stops his stride

One drop down and its high tide

It's rain outside and it's rain cheek side

His charming smile was left to hide.

A gentle moan and a weenie glide

His pug boy doodle by his side

One smart swivel and one smart slide

With Doodle chasing side by side

Was it the floor or was it the speed

Doodle’s thoughts were on that deed

His master's son had slipped indeed.

Thunderstorm had took the lead,

And no one knew Drey’s cry for heed.

Raising back to warn the creed

There she saw her sinking seed

Sea in her eyes was out there to read

She took the leap and that was the need

Birds that sang had left their hay

Life had surely found its means

A decade’s passed and in his teens

Birds that sang in his heart still say

Indeed, it was rainy day, but a drainy day!!