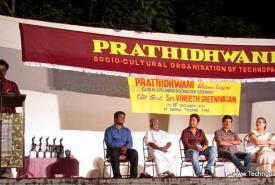 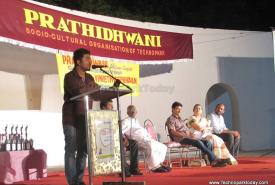 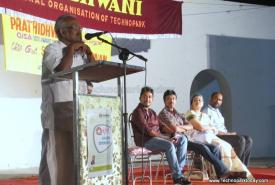 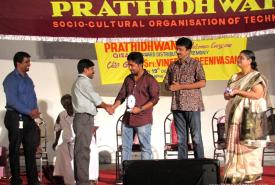 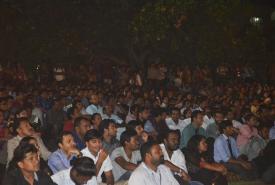 Function started with a welcome speech by Anoop. He  welcomed all dignitaries on stage, He commented  Vineeth  as the symbol Grounded and Socially committed malayali youth.  He Stressed the importance of Prathidhwani in a Sustainable technopark and welcomed techies who chose to stand with art as its creators and not merely as spectators.  He also welcomed Shri Vasudevan Sir (Technopark Senior Manager) in his absentia for his exceptional  support to prathidhwani.

The Chairman of the function Shri Rajeev, briefed about work of prathidhwani over years and steps yielding fruits such as prepaid auto counter and police aid post. He has urged techies to stand with prathidhwani to create a technopark which is better for employees and society. There was slides running in parallel displaying work of prathidhwani.

Shri Vineeth, commended the spirit of techies who make movies despite their busy schedule and has urged them to continue the passion. There was thunderous applause for vineeth. He rendered two songs to the delight of audience, All Jury members appreciated the work done by Qisa Organizing team and urged technopark community to receive it with due respect in their felicitation addresses. There was common concern among jury that number of women film directors was not as expected. After the speeches was over Shri Vineeth Srinivasan distributed  awards for the following

Vote of thanks for function was delivered by Ajith Anirudhan and he minced few words about the Prathidhwani’s signature film “Liberators”  as its director. Momento was presented  to Dignitaries. All movies which won awards were screened with “Liberators” citing the burning rail transportation issue in Kazhakoottam being the first. IFFK 2007 best Asian movie “getting home” also was screened in the same screen with respectable audience, proving that there were enough appreciators for quality art in technopark. 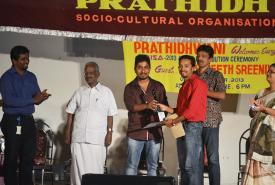 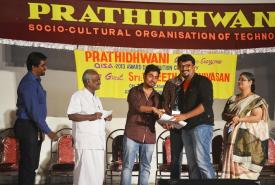 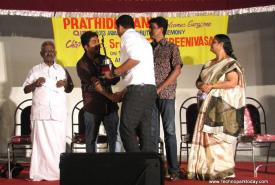 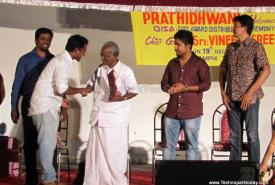 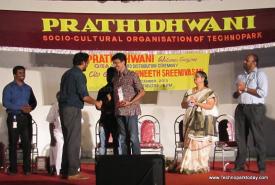 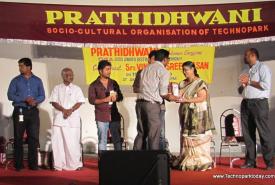