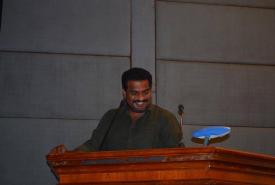 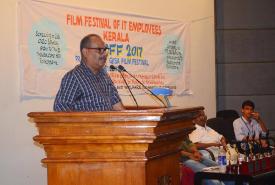 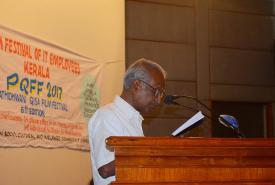 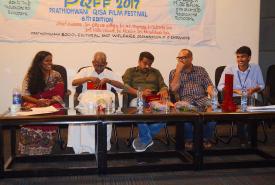 Dileesh Pothan remarked that even a small token of appreciation gives high encouragement to the artists and Prathidhwani is doing a great job by providing such a wide platform to the movie enthusiasts of IT employees of Kerala. He shared his initial film making experiences with his usual sense of wit and humor. He said, he was extra careful in the movie “Maheshinte Prathikaram” due to the mistakes that had crept in his first telefilm and the embarrassment followed. Further, he added that when the habit of sight changes, the entertainment factor increases and that is the reason why his films might have been enjoyable.

Alencier Lopez who is a theatre and film artiste shared his life experiences. He remembered how 25 years back, alone, he ran around the Secretariat to protest the demolition of the Babri Masjid. Now his protests are being noticed since he has become famous in the past two years with his movies. He added, he has certain responsibilities towards society being an artist; hence, he has always used art to protest and will continue to do so. He remarked, artists should always protest and an organization like Prathidhwani should actually be a “” – An opposing voice in the society. 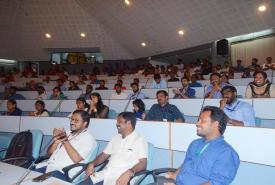 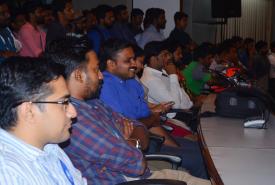 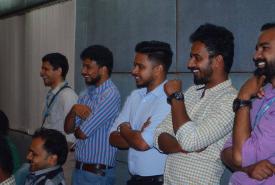 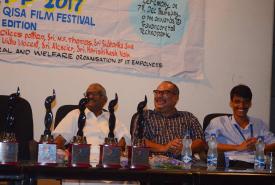 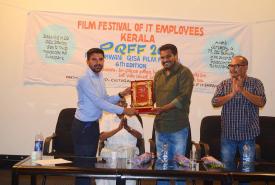 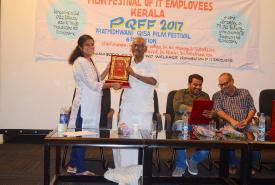 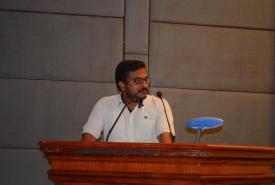 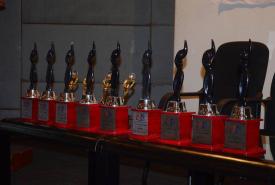 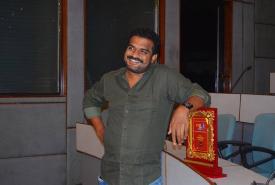 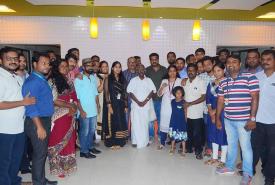 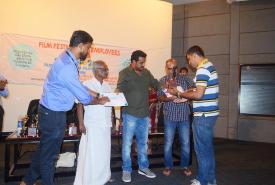 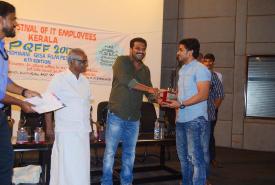 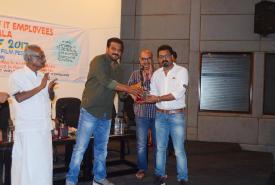 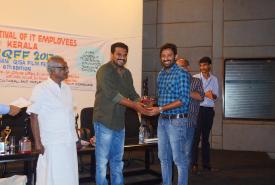 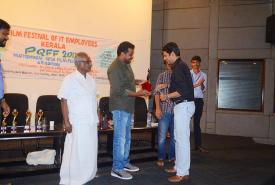