The Award distribution ceremony of  the 'Srishti 2016' - the Arts and Literary festival   for techies, organized by Prathidhwani, a socio cultural organization of Technopark Employees, held on 30th November. The awards were distributed by beloved Malayalam poet 'Ezhacheri Ramachandran', a Kerala Sahitya Academy award winner and lyricist.

The ceremony held at Travancore hall at Technopark Park center from 6 pm to 8 pm on November 30. The Jury panel presided by Paul Zachariah evaluated the entries from different categories . The results were published at the ceremony by Jury members. There were First, second and third prizes along with three Consolation Prizes in each category. Along with that the reader’s choice awards based on readers’ comments and votes were also be announced.

The number of entries in each categories 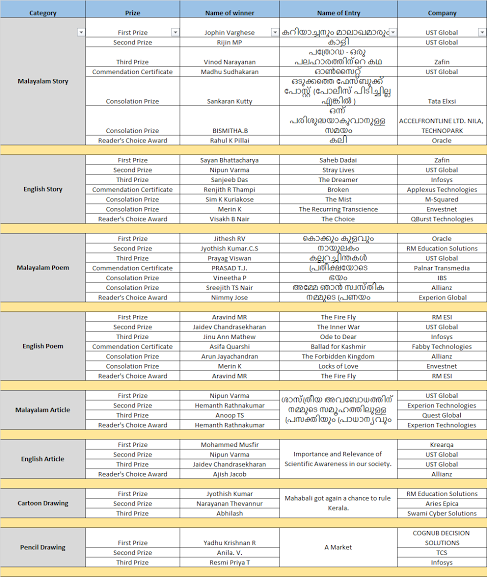