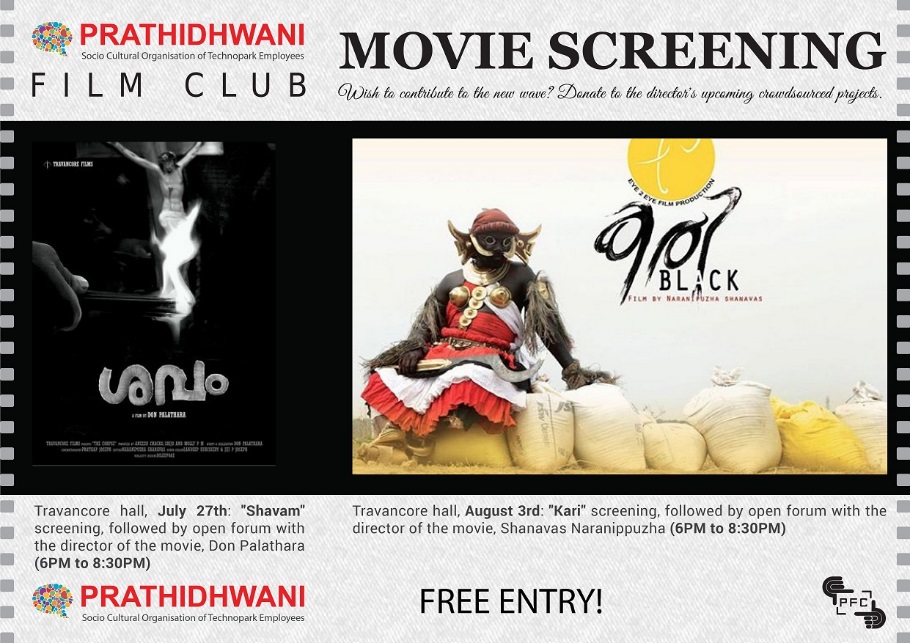 Offbeat screenings of the best independent movies is something every movie buffs of the town would love to attend. And now, it's the techies who runs the show. Prathidhwani Film Club, is back after their scintillating success in organising an expert level film making workshop at Technopark. Before it's film club's formation, Prathidhwani pioneered the screenings of independent movies inside the campus with movies like 'Byari', 'Ottaal' etc. This time, it’s the screening of two atypical brilliant films, 'Shavam' and 'Kari'. Shavam (The Corpse), filmed by debutant Don Palathara, is a satire surrounding a household where someone has died. Whereas Kari,directed by Shanavas Naranipuzha, is solid black humour that teases the current society in every bit of its running time. All movie buffs @Technopark are invited to experience this new wave and you would also get an opportunity to interact with the movie directors after the screenings. Entry to these film screenings are free.