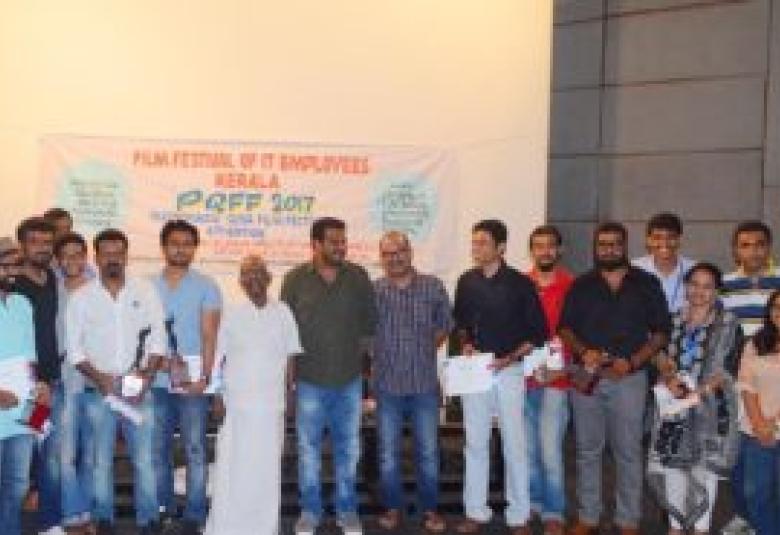 The prestigious film festival of Technopark which has been attracting the film lovers of Trivandrum - "Prathidhwani's Qisa" is inviting entries from IT employees all over Kerala.

25 July 2016
Prathidhwani Film Club Movie Screening , 'Shavam' (on July 27th ) and 'Kari' (on Aug 3rd) @Travancore Hall , Technopark
Offbeat screenings of the best independent movies is something every movie buffs of the town would love to attend. And now, it's the techies who runs the show. Prathidhwani Film Club, is back after their scintillating success in organising an expert level film making workshop at Technopark. Before it's film club's formation, Prathidhwani pioneered the screenings of independent movies inside the campus with movies like 'Byari', 'Ottaal' etc.

21 April 2016
Film-making Workshop for Techies on Saturday, 23rd April 2016 @ Malabar Hall, Park Centre
Techies who have a penchant for filmmaking can participate in an upcoming filmmaking workshop to be organised by the Film Club of 'Prathidhawani' - the socio-cultural organisation of Technopark employees. Already, 50 participants have registered for the one-day workshop which will be held at Malabar Hall at Park Centre in Technopark on April 23.

26  short films directed by Technopark employees would be screened on Saturday, 2016 February 6th 09:00am onwards.

Qisa 2015 - Film Festival of Technopark - Registration till 31st Jan and film screening on 2016 February 6th 2016, Saturday After an impressive first three editions of Qisa'12, Qisa'13 and Qisa'14, Socio-cultural organization of Technopark employees - Prathidhwani is back with its magnum opus, Qisa 2015. ‘Qisa 2015 - is the short film festival to be conducted for the fourth time in Technopark .